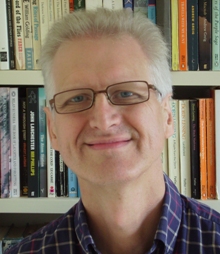 The Raymond Williams Society postgraduate essay competition for work grounded in the tradition of cultural materialism is named in honour of our late and much-missed colleague, Simon Dentith (1952-2014), former editor of Key Words and prize judge.

The 2019 competition, our eighth, will see the winner receive £100 and a year’s subscription to the Society. The essay will be published in Key Words (subject to peer review) in 2021.

The competition aims to encourage a new generation of scholars working in the tradition of cultural materialism, especially those whose research is rooted in the work of Raymond Williams.

This year (2019) it is open to anyone studying for a higher degree (masters or doctoral) in the UK or elsewhere, or who graduated no earlier than 31 July 2017. Entries should be 5-7,000 words in length, including endnotes. The deadline is 29th November 2019.

All enquiries to Dr Emily Cuming at e.m.cuming@ljmu.ac.uk

2015: Owen Holland (University of Cambridge), ‘From the Place Vendome to Trafalgar Square: Imperialism and Counter-Hegemony in the 1880s Romance Revival’