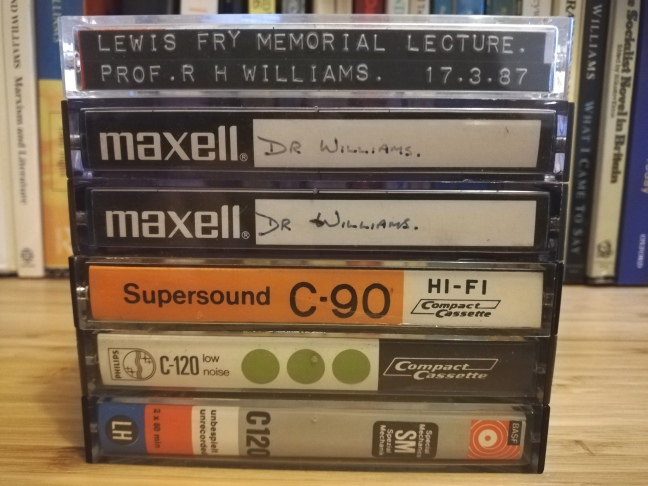 To mark what would have been Raymond Williams’s 99th birthday today, we’re launching a three-part series titled ‘Raymond Williams and Ecosocialism’. First up is a recording of ‘Ecology and Socialism’, a lecture given to the Socialist Environment and Resources Association (SERA) on 28th June 1980.

‘Socialism and Ecology’, as it was later retitled, was first published as a SERA pamphlet in 1982 before appearing in Resources of Hope: Culture, Democracy, Socialism (Verso 1988). You can read it for free online, thanks to the New Socialist, and listen to the original lecture here:

Williams was an early proponent of ecosocialism and his thinking remains a challenge to the labour, socialist, and green movements, particularly around discussions of production and expansion and the problems with what he described as a social order reproducing poverty inside growth. His writings on such matters are a compelling feature of his late work. He was a member of SERA – a socialist society affiliated with but independent from the Labour Party – and insisted the way past defeat for socialists was with the movements of peace, ecology, and feminism, putting forward the case for an international socialism and a new kind of politics.

Many thanks to the Barry Amiel and Norman Melburn Trust for making this project possible and to Merryn Williams for her continued support.